We moved interstate earlier this year and in the process I mislaid a great many things, among them my children, my piano, and my writing routine. I’ve been adrift. Perhaps even a little broken hearted. I still don’t feel as if all my pieces have come together.

BUT. There was this manuscript. An award winner no less. (a very small award) A manuscript which languished for many years until Rebellion Publishing picked it up. And now it is real! With a fantastic cover and edited words and a glimmer of hope.

Perseverance: possibly the only true talent a writer needs.

I read all the time, but finding the book you can really sink into is rare, at least for me. Yoon Ha Lee is proving to be one of those authors and his recent novel Raven Stratagem was crazy wild and wonderful.  Catherynne M. Valente’s Deathless was another beautiful read. And some of the short story input I’ve ingested recently has also drawn me in. Loved nearly everything in Jonathan Strahan’s Fearsome Journeys, but One Last, Great Adventure by Ellen Kushner & Ysabeau Wilce along with The Dragonslayer of Merebarton by K J Parker both stood out. (Both feature ageing protagonists, and I fear that this may be a theme. Maybe I will snap out of it!)

Review of Australian Fiction continues to offer up some great stories. Particularly loved Jane Rawson’s Amy’s Twin. Rawson always manages to meld the spectacularly weird with the everyday. And a more realistic portrayal of a teenager I have yet to encounter. Its partner, The Magicians by Wayne Marshall, is a damning, but entertaining allegory. In other issues, Melina Marchetta’s When Rosie Met Jim was understated and beautifully crafted, and Elizabeth Tan’s Happy Smiling Underwear Girls Party was cynical, sad, and then completely unexpected. (Though I could not believe they were really 18-25, but what do I know about that distant past?)

And lastly, I have been most remiss in not mentioning Andromeda Spaceways Magazine #67. Some excellent speculative fiction and even a short story from me.

I am behind on my RAF reading (I am behind on life in general ), and so this will be a write up of four stories. And though I’m aware of that human bias to find connections where there may be none, I think all of the stories have a certain longing in them.

In Issue 3, Ashley Hay describes a young girl’s adventure to find water sprites. It is one of those pieces where the reader possibly understands a little more than the narrator herself. Beautifully drawn, and quite sad: I was worried for the girl’s safety at times. Its companion piece is Sean Rabin’s Old Gods.  A slightly mad, or perhaps maddened, man fills his apartment with books and attempts to deal with his noisy neighbours. It is a paean to both reading and books. Those who cherish a peaceful spot to read will enjoy the protagonist’s unintended revenge.

Two Peter Carey short story winners feature in Issue 4.  Catherine Padmore’s  To Whom it May Concern describes a woman’s reaction to an unexpected email.  Her history and her memories are beautifully evoked. But the story that has stayed with me the longest is  Cameron Weston’s. It is, I am glad to say, a story in which nothing much happens except that a writer falls a little in love with a pigeon. Writing can be a type of yearning, and I think Weston captures that here.

And no matter that I find myself without the time for yearning, or longing, or getting much done at all from the list of things I really want to do. There has been time for a little reading.  And that is a blessing in itself.

There are no super powers in the latest Review of Australian Fiction, but each of the main characters possess an extraordinary ability.

Do you remember Patrick Suskind’s novel Perfume? What if the protagonist had been somewhat less psychopathic (though as completely self-obsessed) and had become trapped in the kind of corporate dullness that ruins many men? And what if you had got to hear from his wife? Equally as gifted, but in a very different way. This is the scenario that underpins  Anna  Tambour and Simon Brown’s Joy. I don’t think it gives away too much to say this is not a happy marriage.

But Laura E. Goodin has a happier view of human nature. She imagines a very wet Australia in Water Cools Not Love.  This  is a story set around cricket and climate change and chaos theory, and it is, believe it or not, a very funny piece. I’m glad to see the phrase, ‘Yeah, no, I’m not real pleased,’ will persistent into Australia’s extraordinarily wet future.

I’m just delighted to be receiving one of the Review of Australian Fiction’s Reading Fellowships. And it started a few days ago with Volume 22 and two wonderful stories by Angela Slatter and Angie Rega. Two fantasy stories, no less.

Angela Slatter’s A Little Mermaid, in Passing tells the well known Little Mermaid story from the point of view of the sea witch. We learn about the way in which she views the young women who come to her. She laments their attitude, the way in which they are prepared to give up so much for men. I empathised. But then Slatter turns the tale a little, and dives into the complicated and sometimes cruel relationship between mother and daughter, and between sister and sister.

Angie Rega’s story, The Fairy Midwife, is also about the relationship between women. This time, a woman yearning for a child and a grotesque and mercurial fairy midwife. The tale is full of sorrow, desperation, and revenge. The ingredients in the best of stories.

Thank you RAF! I loved them both.

I’ve just put aside a short story which has failed to find a home. It was something true and honest, maybe a little too honest, maybe a little depressing, and, at least for now, it’s going back in the drawer. It was about a woman who, despite a magical discovery, only gets older and more unhappy. She does find something to hold onto in the end, though not necessarily something someone else would want or understand. Yep, maybe too depressing.

N.K Jemisin has written an interesting piece Tricking Readers into Acceptance about something similar, or at least the ways in which she strived to make readers accept a protagonist who was an “unlikeable fortysomething woman of color”. As Jemisin says, “The problem is that readers have been trained to like women less. Writers have to work against a weight of deeply-embedded societal bigotry which literally, actually causes readers to have trouble empathizing with anyone who’s not a straight cis white guy. We see this empathy failure everywhere and not just in fiction.” Be warned, there are major spoilers for those who have not read The Fifth Season. Jemisin makes lots of good, strong writerly arguments and I very much admire her work. I did notice that many of the comments were from readers who said that they emphasized with this character from the start. But then they too were women.

Speaking of great writing advice, Ursula Le Guin is responding to questions over at Book Cafe. And if, like me, you are in the mood to read more prickly women characters, Tansy Rayner Roberts is doing a series on SF Women of the 20th Century. This link is to her article on Octavia Butler. 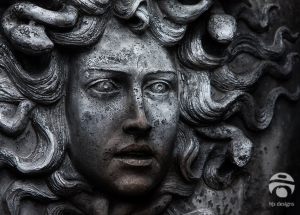 I’ve just finished Kim Stanley Robinson’s Aurora. What a book! With one of the main characters a quantum computer on an intergenerational starship hoping to find a new home in the Tau Ceti system.

For much of the book, the quantum computer/Ship is the narrator, allowing Robinson to seed the story with all manner of facts and figures. The problems of such a difficult and long-term undertaking are never minimised. It’s the kind of science fiction I know I have no hope of writing, so full of technical knowledge. There were a few moments when I felt Robinson was tipping into info dump, but there were many more glorious passages.

During the voyage, the ship muses on the nature of consciousness, of Artificial Intelligence, of Turing’s test, of love, of politics. And, of course, it is an outsider’s view of human nature. All our flaws and fallacies and wishful thinking exposed.

There is a transcendent passage where the ship is flying close to the sun, but despite that, the ending (and look away now if you’d rather not know) seems almost a polemic against starships, or at least a warning against a blind love of space travel at all costs. And there is an argument for earth as the true human home, the place we must care for and maintain, because there may be no other.

As I read, I marked some passages to share, but now, only a day after I read them, they don’t really capture the way I felt, sitting, reading, thinking. The nature of consciousness, demonstrated, here. So difficult to convey.

Someone asked me what I was reading yesterday and I saw their eyes glaze as I described, very briefly, the book. But books like this are why I love science fiction. There’s something glorious and bold and profound and wondrous that I don’t think you find anywhere else.